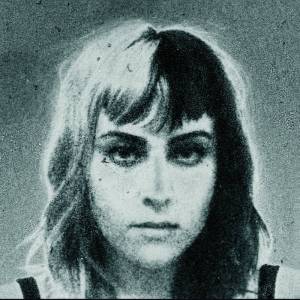 Where on earth did this strange, very strange record come from? Turns out it came from Chicago. I’d never heard of Micheal Vallera until a few weeks ago when I bought this off Boomkat on a whim. I’d never heard of his alias COiN, or the other act he’s in called Cleared. But I will definitely be investigating both of these based on my current obsession with Distance.

This would have to be one of the most unique records I’ve heard in ages. A sticky molasses of drones, sound effects and icy textures poured over sparse, jagged rhythms. The effect is utterly compelling, even more so when you discover that those synthesisers you think you’re hearing are actually a treated guitar.

On Animal he combines the spiteful tails of rattlesnakes with an industrial pulse and shimmering ambience. Either Infinity rides the tropes of Dub out to new realms of space and time, under an atonal drone sure to give even the most hardened stoner the creeps. Meanwhile, the title track smashes a hive of nervous snare drums into a cloud of low end numbness that constantly threatens to storm but never pays off.

Vallera knows how to build his compositions without relying on crescendo for effect. By subtly removing one element and quietly introducing another, he manages to make each track evolve with out you realising it. This is solitary music that demands attention.

Distance reminds me of Demdike Stare’s darker, more urban moments. Or the frigid landscapes that Fabio Orsi and Valerio Cosi created on Thoughts Melt into the Air. The work of Vangelis is buried somewhere in here as well. And yet this record is its own beast entirely, even the oddly genderless cover art is intriguing. Distance sounds like the crisp blues of icebergs on some alien planet in a distant galaxy. Enjoy the cold.